Overall, the missiles will cost just under $1 billion, the Pentagon says. | AP Photo

Defense Secretary Chuck Hagel announced Friday that the United States is beefing up its missile defenses following recent provocations by North Korea, a new concession that the pace of its weapons programs could be accelerating.

The Pentagon plans to place an additional 14 ground-based interceptors at Fort Greely, Alaska.

“We’re looking at having all 14 interceptors in place by 2017,” Hagel said at a briefing at the Pentagon. “The reason we’re doing what we’re doing is to not take any chances and to stay ahead of the threat.”

Today, 26 interceptor missiles are stationed in Alaska and four are at Vandenberg AFB in California.

Overall, the new missiles will cost just under $1 billion, Undersecretary of Defense for Policy James Miller said during the same briefing. The costs will first appear in the Pentagon’s 2014 budget request, which is expected to be delivered to Capitol Hill in early April.

The United States is also going ahead with its plan to deploy a second missile defense radar in Japan, in cooperation with the Japanese government, Hagel said. Former Secretary of Defense Leon Panetta first announced that decision during his visit there last year.

North Korea has been on a bellicose streak unusual even by its standards. It conducted its third nuclear test. It said it was abrogating the armistice that ended its war with South Korea, and it also threatened the United States with a pre-emptive nuclear attack — an action that few believe it has the capacity to carry out.

Still, Adm. Sandy Winnefeld, vice chairman of the Joint Chiefs of Staff, said at Friday’s briefing that defense officials believe a new North Korean missile might have the range to reach the continental U.S., though he also acknowledged there had been “mixed accounts” of whether the weapons were real or fake.Whatever the case, Winnefeld said the Pentagon had built a “hedge” into its missile defense program that enabled it to adapt “if the threat goes faster” than previously believed.

“We will draw upon the full range of our capabilities to protect against, and to respond to, the threat posed to us and to our allies by North Korea,” he said, speaking at the Asia Society in New York.

Missile defense advocates on Capitol Hill praised the move but faulted what they called the Obama administration’s delay in making it.

“I applaud the Obama administration’s decision, but it shouldn’t have taken the predictable saber-rattling from North Korea to bring this about,” Sen. Kelly Ayotte (R-N.H.) said in a statement.

The George W. Bush administration had proposed a total of 44 ground-based interceptors for the U.S. sites, but the Obama administration decided to scale that back to 30 in 2009.

Miller said Friday that the idea made sense at the time, given the state of the threat, but Ohio Rep. Mike Turner, who’s been pushing for more interceptors, saw the administration’s decision this week as vindication.

“After wasting years and millions of taxpayer dollars, the Obama administration apparently has begun to realize the shortcomings of its missile defense strategy,” Turner said in a statement.

The Republican lawmaker said he’d now like to see the administration support the building of a third missile defense site on the East Coast, calling it the “next logical and prudent step.”

Washington Rep. Adam Smith, the top Democrat on the House Armed Services Committee, said Hagel’s announcement is fine all on its own and that the White House is pursuing the right course on missile defense.

“The administration’s decision to deploy 14 additional ground-based interceptors is a wise and prudent step in implementing a sound strategy for missile defense,” Smith said. “North Korea and Iran are seeking to improve their capabilities to launch long-range missiles and the administration continues to respond appropriately and firmly by bolstering our capabilities and capacity to defend ourselves. In the near-term, these additional interceptors will bolster our capacity to deter and knock down potential attempts to attack the United States. In the long-term, I support the administration’s efforts to make smart investments to improve the effectiveness and reliability of our missile defense capability.”

Hagel said the Pentagon plans to conduct an environmental impact study of alternative missile defense sites in the Unites States, a move Congress required in the 2013 defense authorization bill.

“While the administration has not made any decision on whether to proceed with an additional site, conducting environmental impact studies will shorten the timeline for construction should that decision be made,” Hagel said.

Friday’s news is a win for Boeing, which has been the prime contractor for the Ground-Based Midcourse Defense system since 1998 and beat out Lockheed Martin in 2011 for future development and sustainment work on the system.

In recent years, the program’s flight testing has been plagued by failures and setbacks. While the GMD system completed a successful flight test in January, the last successful intercept took place in December 2008.

For this reason, some lawmakers on Capitol Hill have cautioned against increasing funding for the program until its testing is back on track and its performance improves.

Miller said the Pentagon would continue with its “fly-before-you-buy approach.”

An interceptor test is planned in the coming months, but the schedule has not been finalized yet, Miller said.

The Pentagon also announced it is restructuring the SM-3 Block 2B interceptor program, which was planned for deployment around 2020.

The next-generation missile was part of the administration’s European Phased Adaptive Approach and was meant to improve protection of the U.S., Hagel said.

The Pentagon now plans to redirect its funding toward the additional 14 ground-interceptors for Alaska and improvements for earlier versions of the SM-3 interceptor.

“We will be able to add protection against Iran sooner” by doing so, Hagel said. 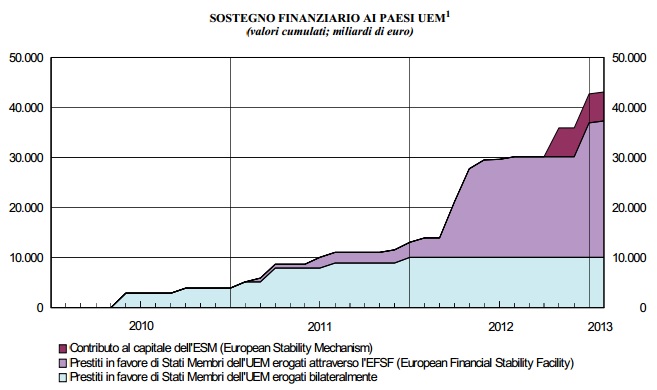