Source of the article in Spanish: https://nuevocurso.org/rosa-luxemburgo-contra-el-feminismo/

The feminism appeared in Europe in the late 1890s as the “suffragism“. The suffragettes demanding the extension of voting for bourgeois women in electoral polls then reserved to landowners. They demanded the right of women of the propertied classes to participate in the political leadership of the bourgeois state. In their battle for a place for women in the management of capital affairs and the government of the upper classes, the suffragettes tried to recruit the workers, many more and especially better organized. The suffragettes offered an united front between classes of “feminists” whose objective was to obtain bourgeois deputies to the bourgeois parliaments. They promised to represent “the common interest of all women“, interest supposed to unite the women workers and the society ladies. But the common interest of the society ladies and women workers does not exist.

The left of the Second International, with Rosa Luxemburg and Clara Zetkin in the lead, was radically opposed to the united front of women of the two antagonistic classes. One year before the formation of the first group of suffragettes in England, Zetkin presented to Gotha, the founding congress of the German Socialist Party, a report on “The question of women and the tasks of social democracy” adopted unanimously by the Congress. Subsequently, the German socialists devoted themselves to organizing and training thousands of working-class women to mobilize them in favor of universal suffrage.

The feminists want reforms, we want the social revolution

At the Congress of the Second International in Stuttgart, the left, with Zetkin and Luxemburg at the head, leads the struggle worldwide, not against a supposed machismo, but against feminist groups of certain parties such as the Parti de Belgique, which adopted at its Congress to support the expansion of suffrage to upper-class women.

At the Congress of the Second International in Stuttgart the social-democratic parties of all countries were urged to lead the struggle for universal suffrage (propertied classes and not propertied classes) as an essential and indispensable element of the general struggle of the proletariat for the the right to vote and other women’s aspirations in their living and working conditions. The feminists wanted to extend suffrage only to women of the upper classes, the socialism struggled to make universal the right to vote; which made an observer say: the feminism desires a legal reform, the Marxism wants a social revolution.

Women’s struggle and struggle for socialism

The ideological battle becomes more and more intense over the years. Rosa Luxemburg in her correspondence speaks of the “moral and spiritualist” aspect of feminists and the invocations which they make in favor of “the rejection of the role attributed to women” when it was in fact a question for the feminists of equality between men and women of the upper layers to gain power.

For Rosa Luxembourg, it is obvious that “the woman” is not a historical subject above or outside social classes and we proclaim our deep rejection of the claim of a so-called “women’s right“ that would benefit only the workers regardless of the evolution of the workers’ movement and the anti-capitalist class struggle.

For Rosa Luxemburg, the feminists attempt to use the workers’ rejection of women’s oppression in a way that deflects the struggle and prevents the joining and consolidation of a united labor movement that was then in the process of edification, as did the nationalism by deflecting the resistance to national oppression.

Rosa Luxemburg and the national question (1908)

The duty to protest against the national oppression and to lead the struggle, which corresponds to the class orientation of the proletariat, finds its foundation in the “right of nations“, but the political and social equality of the sexes does not stem from no “women’s right” to which the bourgeois feminist movement refers. These rights can be obtained only from a widespread opposition to the system of class exploitation, to all forms of social inequality and to any power of domination. In a word, these rights can be deduced only from the fundamental principles of socialism.

Rosa Luxemburg in front of the military court (1914)

Rosa Luxemburg was judged for her call to turn the world imperialist war into a revolutionary civil war in every country. In “Die Gleichheit“, the journal, led by Zetkin, she clearly states that the power of women with voting rights stems from their social position in the bourgeoisie and the petty bourgeoisie, and the legal reform of the right to vote constitutionalizes the capitalist power. However, the working women can only emancipate themselves through the class struggle.

The defenders of the rights of middle-class women want to acquire political rights to participate in the old politics. The proletarian women can only follow the path of the workers’ struggles, the opposite would be to put a foot in the bourgeois power by means of a legal statute voted in the bourgeois parliament.

Why denounce the bourgeois feminist organizations?

Because Rosa Luxembourg realizes that the feminist movement has only served to increase the political power of the petty bourgeoisie and the nationalist patriots who have supported the feminism to divide the class movement, the labor movement, by opposing proletarian men and women.

Rosa Luxembourg is clear, the organization of women’s groups only can’t open the door to class struggles. When Clara Zetkin initiates the first conference of socialist women, she teases Luisa Kautsky: “Are we now feminists?” She writes. But Rosa Luxembourg knew that if Clara Zetkin organized socialist women’s groups it was to extend her program to the entire working class and not only to women workers in large urban concentrations. In Germany, at that time, there were many women in factories, but most women were requisitioned at home in a non-industrial work.

There is only one movement, one organization of communist women – formerly socialists – within the Communist Party and it must include the communist men. The ends of the communist program are our ends and our tasks, chanted Rosa Luxemburg.

The creation of the militant day of March 8th as a day of struggle and a workers’ strike began in 1910 under the name of “International solidarity day between proletarian women” on the proposal of Clara Zetkin. The aim was to affirm the socialist and working character of the movement through truly universal suffrage, namely, by including the battle for the right to vote for all women: “That is to say that the creation of March 8 was part of the struggle of the women of the left of the Second International for the democratic rights of all the workers and against the feminist idea of the “union of women” against which I fought all my life”, Rosa Luxemburg wrote.

R.Luxembourg and C.Zetkin will fight against the formation of all interclass united front organizations and against all attempts to mobilize women on a feminist basis and to do this they will “create” the  March 8: a unitary mobilization of all workers.

It was the March 8, 1917 demonstration in Petrograd, which called the socialist labor groups, without distinction of sex, asserting demands for the class as a whole, and became the trigger of the Russian revolution.

THE MOMENT OF TRUTH

The moment of truth that shows the context and reason for the left-wing battle of the Second International against Feminism came with the First World War. The suffragettes then asked the bourgeois governments to incorporate the women into the war effort and the bloody carnage, and they actively collaborated in the recruitment of soldiers for the butchery of 1914-1918. As a reward, in 1918, the British government granted the right to vote to 8 million women from wealthy families, still far from universal suffrage. This is what the press today celebrates as “the conquest of women’s voting”, forgetting to say that there were few who got this right.

Opposing Clara Zetkin and the groups of internationalist workers will call the first international conference against war in the midst of the most savage repression of all bourgeois governments. This is the first political act organized by a group of the Second International against war at a time where Luxembourg, Rühle and Liebcknecht were already in prison for sedition.

The conference wanted the proletarians to free themselves from nationalism and the social democratic parties to regain all their freedom in favor of the class struggle. The end of the war could only be achieved by the clear and determined willingness of the popular masses of the belligerent countries. The Conference appealed to socialist women and socialist parties in all countries on the theme of making war on war!

Robert Bibeau is a journalist, specialist in Marxist political economy and proletarian activist for 40 years. 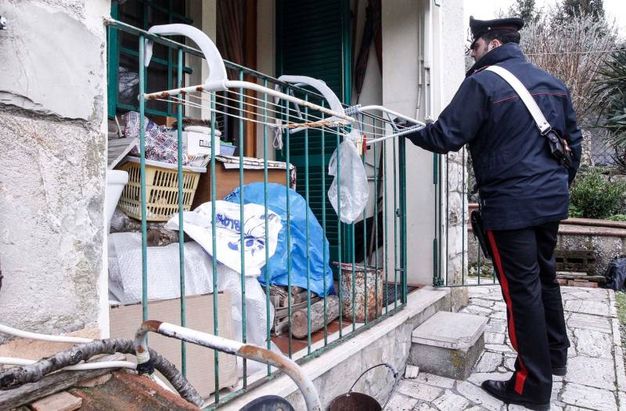