Last week, big capitalist rally in the ex-socialist and ex-anti-imperialist Vietnam under the high patronage of the ex-vietminh “liberators”, transferred into free trade traders. The invitation statement read as follows: “The annual APEC Leaders Summit is the premier event of political economy in the Asia-Pacific region. This summit brings together the leaders of the 21 Pacific Rim economies, as well as business leaders who will discuss the way forward for growth, investment and free trade“(1).

As we tirelessly repeat, the nerve center of imperialist political economy is moving towards the Asia-Pacific, where hundreds of millions of overexploited workers are concentrated, whipped by former “liberating” mercenaries, became investors for the “development” of productive forces and the “growth” of profits. Two guests of honor, among the cream of nationalist caciques, the aspirant Xi Jinping, supreme leader of the Chinese “Communist” Politburo (already 350 million enslaved proletarians), faced the troublemaker Donald Trump, defender of the title, former champion today moribund (less than 150 million proletarians in his cardboards).

Throughout his Asian journey as a fighter Donald Trump has undermined the isolationist and anti-free trade legend invented by the plumitives while systematically this dealer of guns has offered his junk to each of his nationalist “friends”. Whenever Donald denounces the “free trade” treaties,  it is to better renegotiate them by mutual agreement for the benefit of his Wall Street allies.

What were the stakes of this widely publicized trip? Without shame, the US President, in transit in Japan and Korea, praised the merits of US weapons of mass destruction, indicating thus the true motive of his patented aggression towards the little North Korea, which is not allowed impose by the Yankee criminal, the only country that has twice used the atomic bomb and many times the ammunition with depleted uranium. In China, Donald the hawker, no longer, became a laudator to the place of his host, privileged customer, buyer of 230 billion dollars of goods (2).

Indeed, China is carefully preparing its withdrawal from the US dollar, the first step being to get rid of the 3500 billion of cash ($) stored in its lead banks.

The continuation of the pilgrimage of the salesman of terror took him to Vietnam, where he paid little heed to Russian President Vladimir Putin, a competitor in the arms and fossil fuel markets (3).

In this type of diplomatic masquerade, a figure usually plays the role of the tragic

conscience of the dazed “international community” (sic). His game is to support the nonsense of the pugilist drama about ostracized protectionism. The Malaysian Prime Minister Najib Razak , whose country wants a new liberalized treaty at eleven, has been given this role. Razak lamented the change of “tone” on globalization “I see the rise of anti-globalization, I see the rise of nations that are more self-centered … there is a lot of questioning during this summit”, he said. How to be surprised when one notes that the repartee of the markets will not be the panacea dreamed?

It was up to Donald the dramatic blusterer of desecrating the assembly of co-opted by his “America first“, his way of asserting his subjection to multimillionaires and American multinationals (4). Donald Trump likes to be called extremist isolationist, it then allows him to renegotiate in a position of strength with in hand the threat of withdrawal from the treaties if the concessions of his vis-à-vis are not sufficient (5 ).

The pathetic outcome from this tragicomedy came the “emergent” representative, the account manager of the “emergent” power, that I say, of the rising capitalist power, replacing the faltering old imperialism. Yesterday, America replaced the British imperialist power, today the Middle Kingdom replaces America. The global geopolitical center of gravity continues to move to the West to conquer new markets, a new salaried workforce to be exploited. In Da Nang, China has taken a step forward, as was obviously expected. It’s easy to understand, the US imperialist economy is on the decline, having reached full profitability and productivity, while the Chinese capitalist economy begins its rising phase of profitability and labor productivity. US big capital barely exploits 150 million industrial proletarians – and these numbers are declining – while the big Chinese capital is already exploiting 350 million proletarians, and their quota will eventually be 850 million productive and poorly paid employees. Few writers or service economists manage to imagine the Chinese workshops and yards cluttered with more than 850 million proletarians with high productivity, and China’s cities congested by a billion and a half compulsive consumers. Do not look, there is no example in the story. The concentration of capital will be unmatched and the income inequality disproportionated.

All will have realized that this APEC summit marks a turning point in the globalized capitalist political economy. The US President served as a flogger while the “Communist” Chinese President, claiming the title, made his profession of faith. Xi Jinping said in front of an excited flowerbed: “Globalization is an irreversible historical trend”. The trade must be rethought to be “more open, more balanced, more equitable and beneficial for all”  he explained, setting himself up as a new champion of free trade. The Chinese government said on Friday that the ceilings for foreign firms holdings in domestic financial companies would be raised, so these ones could become the majority. “This decision, announced by Secretary of State for Finance Zhu Guangyao, came to an end after a visit of Donald Trump to China, during which the latter once again called for a greater market opening” (6 )

In order to anchor in the head of his captive affine the threat that comes from the North, the Pentagon thought to take advantage of this visit of the moribund jester to organize warlike provocative maneuvers knowing full well that the dynastic heir of North Korea, who knows perfectly the role that is attributed to him in this commedia dell’arte, will react as the wobbly “international community” expects, thus accrediting the myth of an international nuclear threat coming from this nominated abortion. After these joint military exercises, the orders for weapons are expected to flow to Washington, and the public opinion of the mediatised media should resign themselves to see another war get ready in order to supposedly protect the freedoms violated under the democracy of the rich. Do you remember the first two world wars? (7)

Led by Japan, the economic ministers of the remaining eleven countries conduct major negotiations since Thursday, hoping to conclude a new TPP without Washington. But the negotiations have not yet succeeded, the withdrawal of the United States, considerable weight, force the countries to reshuffle all the cards.

On the national question and protectionism, a pioneering book. 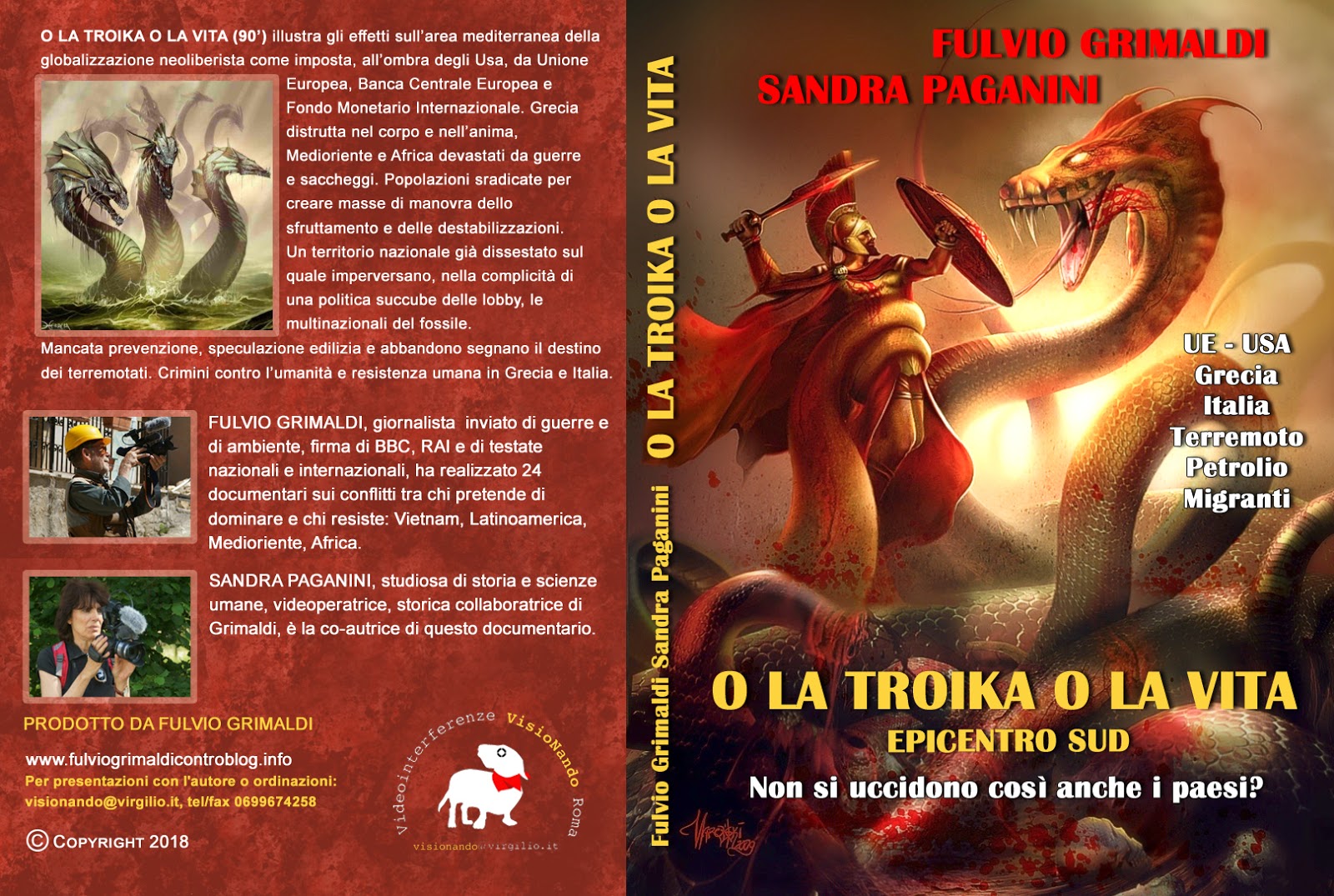 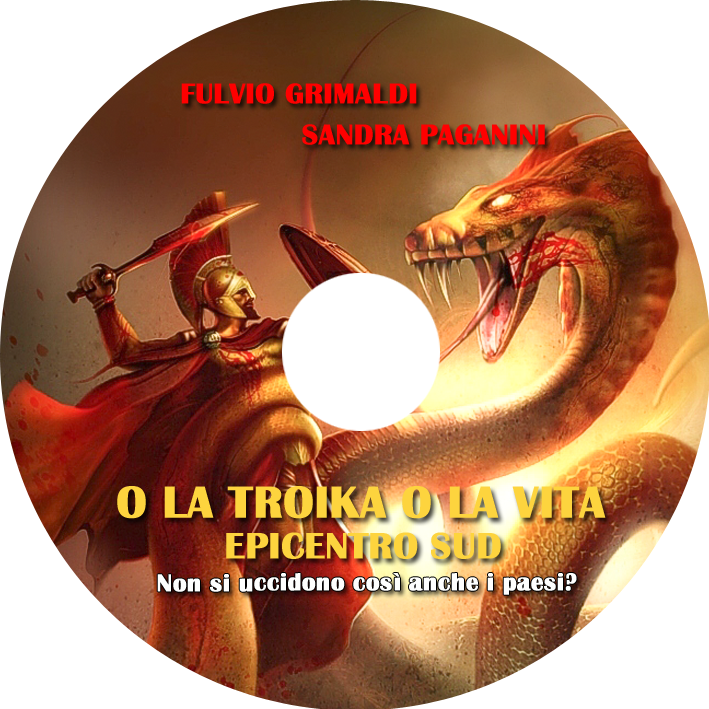 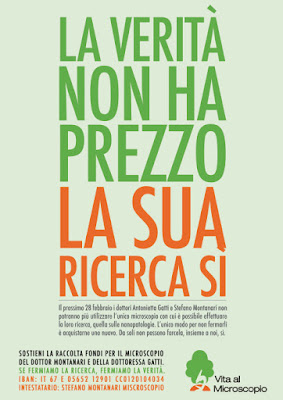