Libya, how many divisions?

Two governments, the former one (under control of Fajr Libya, which holds Tripoli), the new one sitting in Tobruk (Egyptian border).

Two puppet parliaments (one from the 2012 bogus elections decided to keep it under control of Islamist parties, the other after the elections in 2014 very bogus too, not recognized by the previous one).

Militias in numbers and heavily armed (party militia al-Watan of Habdelhakim Belhadj – funded by Qatar – militia-cities of Zinten, Misratta al-Beida, Tripoli, Islamist militia Ansar al-Sharia – al Qaeda in Libya – Da’ech in Libya – which has pledged allegiance to the “Caliphate” of the IS, emirates of Al Beida and Benghazi, etc).

Two “national” armies, the official one, phantom and made in NATO and the second one massively rallied to retired General Hifter after his “media coup” of February 2014 (a CIA agent, residence in Langley, USA, until February 2011 ).

Three secessionist movements (Tripolitania – with a cousin of late King Idriss overthrown by Gaddafi in 1969, protected the British MI6 – Toubou in the Fezzan and the South Sahara, Berbers to the Tunisian border) …

It is the Libyan chaos, between Somalisation and descent into hell!

New element that will accelerate the Chaos: Da’ech Libya (which has pledged allegiance to the caliphate of northern Levant) has just attacked Libya Farj in the middle of Tripoli. Challenge to Islamists who hold Tripoli, mixture of militia sympathizers of al-Qaeda, radical supporters of Qatar, Wahhabis and Salafists! Libya’s capital is controlled by Libya Fajr, the powerful Islamist coalition, which has installed a parallel government in Tripoli after expelling the government recognized by the US and the UN.

Gunmen stormed on Tuesday a hotel in the Libyan capital Tripoli, the Corinthia (where I had organized a mission of Belgian parliamentarians in 2005) after detonating a car bomb outside the hotel, surrounded by “security forces “of Fajr Libya, where shots were heard, according to security sources. According to an AFP correspondent on the spot, the “security forces” kept journalists at a distance, about 100 m from the Corinthia hotel located in the center of the capital. But gunfire could be heard from the place.

Four unidentified men entered the hotel after having shot dead a security guard posted at the entrance and having detonated a car bomb, is it added. There was an unknown number of wounded, the sources said. A dozen ambulances were dispatched and were parked not far from the hotel.

AT LEAST 9 DEAD INCLUDING FIVE FOREIGNERS

At least nine people, including five foreigners, were killed Tuesday in the assault by gunmen who eventually exploded, according to a spokesman for “security”. Do not be fooled, as does the AFP, it is the pseudo “security” Fajr Libya and not a state organization! The spokesman Issam Al-Naas, was not able to clarify immediately the nationality of the five foreigners, including two women, shot dead by the perpetrators of the attack against the Corinthia Hotel, claimed by the Islamic State jihadi group. A sixth person “held hostage” by the attackers and whose nationality was unknown, was also killed when gunmen detonated explosive belts they were wearing, said the spokesman, making state of three assailants.

Three members of the security forces, presumably assigned to guard the institution, also died, one in the explosion of a car bomb outside the hotel early in the attack and two other victims of the attackers shots. “Hunted and circled at the 24th floor of the hotel by the security forces, the attackers detonated explosive belts they were wearing,” said Naas, “spokesman for security operations” (sic) in Tripoli. Another security source (resic) on site confirmed to AFP that information. Five people were also injured, three shot and two employees of Philippine citizenship by flying glass.

Qatar, sponsor in particular of the Salafists of al-Watan (whose boss is Belhadj, leader of al Qaeda in Libya in the 90’s, passed through Guantanamo and dubbed “military governor of Tripoli” in August 2011 by the French generals of NATO), may be the real target. The 24th floor of the hotel is indeed “normally reserved for the diplomatic mission of Qatar but no official or diplomat was there at the time of the attack” according to a “source of security”. The leader of the self-proclaimed government in Libya (the former one) Omar al-Hassi, was inside the hotel at the time of the assault, but he was evacuated safely, according to the spokesman .

The Libyan branch of the Islamic State jihadi group (Da’ech) claimed at the same time the assault against the hotel said the American Center for monitoring Islamist websites. In a message on Twitter, the branch of Da’ech in the Tripoli area said that its members had stormed the hotel, famous for hosting diplomats and Libyan leaders. The IS had already claimed several attacks in Libya.

An attack that weakens Farj Libya and sows confusion and division among Libyan Islamists. A configuration that recalls – but is it a coincidence? – that of Syria, where Islamists of Jabaat al-Nosra (related to the pseudo FSA) oppose Da’ech (simply the fronts are opposed in Syria, where the Al-Nusra – al-Qaeda Front in Syria has Western sympathies). An assault that will most effectively serve the projects of “general” Hifter (traitorous Colonel of the Jamahiriyan Army in 1987), whose forces fought mainly against the Islamists in Benghazi, but the recovery of Tripoli is one of the objectives.

So Washington has every reason to lick its lips. The strategy of chaos, civil war, are the best ways to somalize Libya. What has been in my opinion the US war aim since 2011.

With correspondents in Donbass – PCN-SPO / Uglegorsk is liberated from the junta forces of Kiev!

The cauldron of Debaltsevo is locked, with 8,000 Kievan troopers surrounded!!!

The offensive launched 12 days ago by the Junta of Kiev sees the collapse of the Ukrainian Army and its proxy neo-fascist militias.

Despite the material and numerical superiority of Kiev!

Despite US and German advisers and mercenaries …

DECRYPTING WESTERN PROPAGANDA AGAINST THE REPUBLICS OF DONBASS!

This does not prevent the pro-US daily LIBERATION (Paris) to ask “to arm Kiev” that would be “at a disadvantage” (sic). Forgetting that the Donbass is 10% of the former Ukraine before 2014. And here it is the Novorussian David who floors the Kievan Goliath. For the record Kiev is supported by the US, NATO and within the EU by Paris, Brussels, Warsaw, London and especially Berlin. In fact, the People’s Liberation Army, as it is called in Russia (the state media and Russian officials use the term “opoltchenie”)  equips itself on the Ukrainian “beast”. And each defeat of Kiev reinforces the arsenals of Donetsk and Lugansk. This is still the case in this counter-offensive.

Apart from that, it would be according to LIBERATION the “Russian propaganda” that lies (resic). “Medias. the Kremlin pulls the blanket” and “Russians are watered with speech against the “warmongers of Kiev” and its “fascist government”…”  writes the Paris daily. Putting quotes where they do not need. Russian media, our NOVOROSSIYA INFO or the presstitutes of Libe?

The answer lies in the three following video documents:

1 / RT video, where international experts point out that the new defeat of Kiev in the Donbass results of an offensive launched by Poroshenko, Yatsenyuk and Co.  two weeks ago.

See: PCN-TV & RT / KIEV’S OFFENSIVE.WHO IS THE AGRESSOR IN DONBASS?

2 / two videos on the ideology that dominates in Kiev, “Banderism”, from the name of the Ukrainian fascist leader.

See: PCN-TV/ PRAVIY SEKTOR: WHAT ARE THE NEONAZI HORDES OF KIEV ?

3 / a show of EODE-TV for AFRIQUE MEDIA TV, which shows what is the punitive expedition, called “anti-terrorist” (sic) by Kiev. 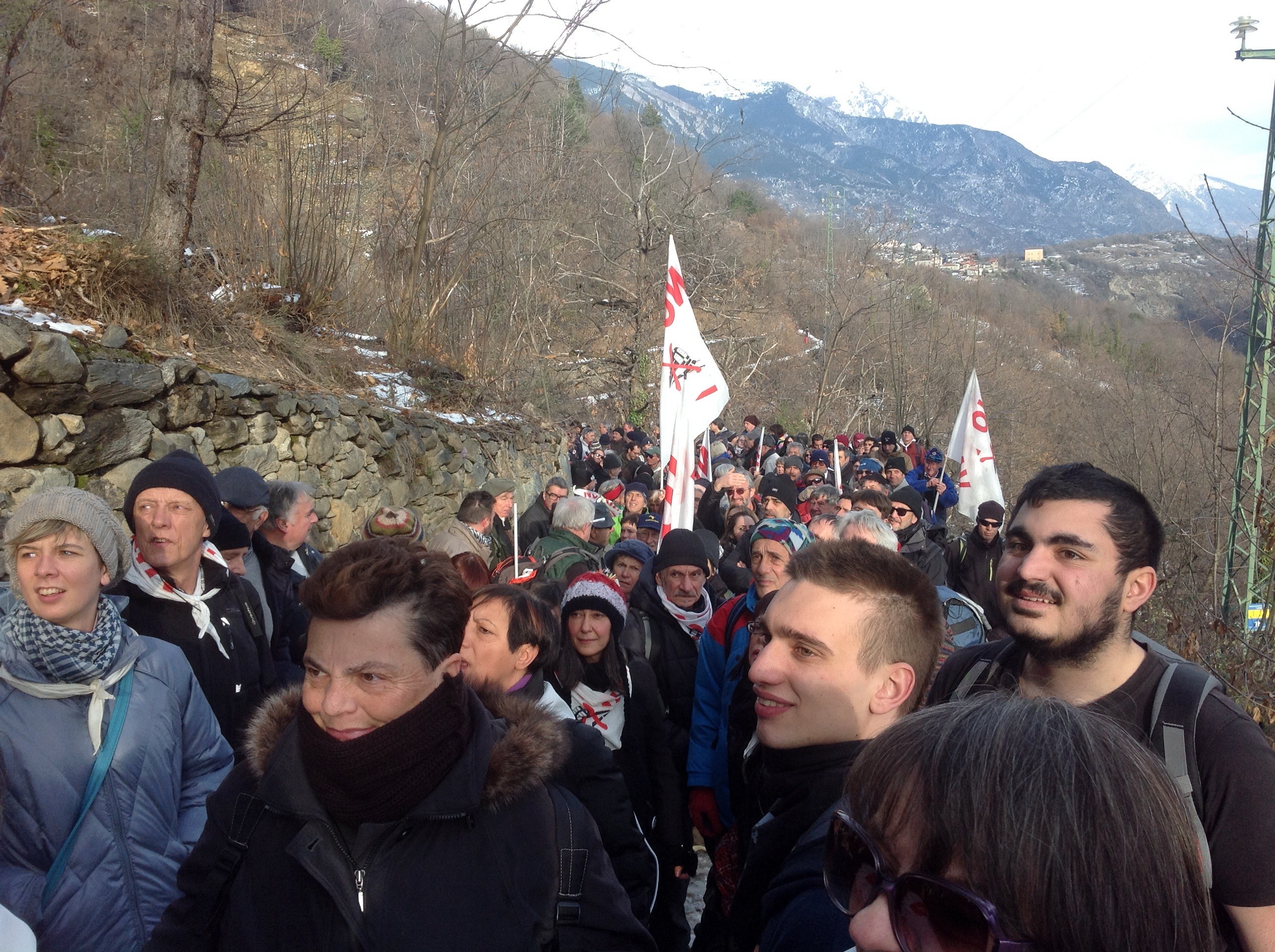 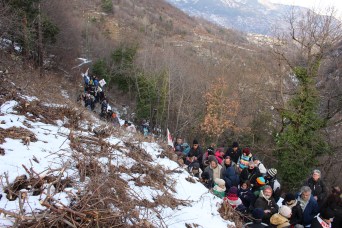 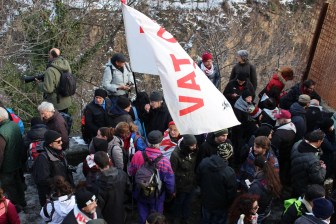